The Other Brands of Gibson

This page is under construction. Sorry for the inconvenience.

The "Oriole" brand banjos Gibson built in the 1920s are the very first Gibson-made “budget brand” instruments. In 2015, two very rare Oriole brochures were discovered confirming that Gibson first introduced this brand in 1925. Gibson did not have a model number for Oriole banjos, but the brochures provide detailed specifications, including a change from a 10 1/2" rim in 1925, to an 11" rim in 1926, which they also did to the lower-priced Gibson models like the TB-0. A brief mention of it also appeared in a 1926 J.W. Jenkins retail catalog for $27.50, which was even less expensive than Gibson’s entry-level TB-0 tenor banjo at $35.00. Based on surviving examples, Gibson's brochure stated that "the Oriole provides a perfectly adequate instrument to learn on," as it was intended as a "beginner-students" instrument. The Oriole name was used later on certain models of the Kalamazoo line, but it's unclear if it had any relationship the original use of this brand name. The Oriole banjos did not appear in J.W. Jenkins 1930 catalog, so it is pretty clear that they were discontinued in 1929. Some extant instruments have surfaced with ornate metal resonators, but it's likely that these resonators are not original. 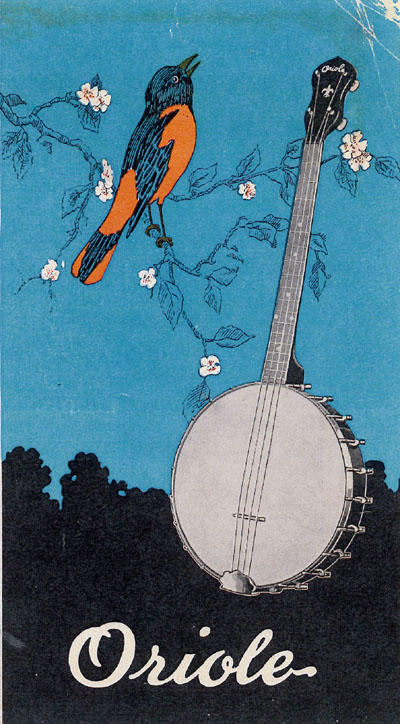 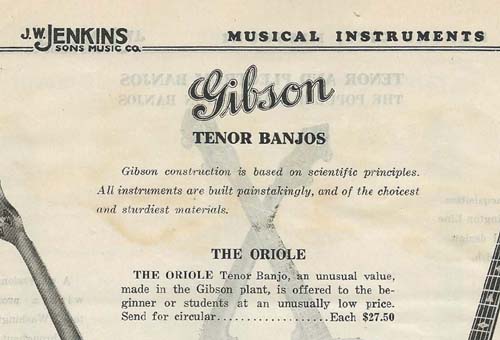 Use the above search to find your instrument model(s)

There are no products in your shopping cart.